(Most recent first. Click on the titles for fuller descriptions).

A Window into the Tudors. The Life and Art of Hans Holbein the Younger

Possibly the most famous and enduring image of King Henry VIII is of a supremely powerful-looking broad-shouldered man, standing with his legs planted firmly apart, dressed in the finest and expensive clothes, and staring fixedly out of the picture at the humble viewer. For this image, we can thank the sixteenth century artist, Hans Holbein the Younger, and it was the life and achievements of this particular portraitist that were the subject of this talk by club member, Steve Marsh.

In order to distinguish him from his father who was also a painter, Hans Holbein is known as ‘the Younger’ and was born in Augsburg, Germany in about 1497. By the time that he reached his late teenage years, his considerable talent as an artist had been recognized and he moved to Basel, Switzerland to work as an illustrator of books. He became acquainted with the humanist Erasmus whose recommendation led to Holbein’s acceptance into the circle of the influential Sir Thomas More when he moved in search of work to England in 1526. Here he built a high reputation for portraiture and, after a visit back to Basel where his wife and family still lived, he returned to England where he painted many members of the English Court including Henry VIII’s second wife, Anne Boleyn, and the king’s chief minister Thomas Cromwell.

The speaker included in his talk a section describing the developing techniques used by Holbein during his career. Preliminary sketches were used as the basis of his finished pictures and are themselves works of art. Other paintings, notably ‘The Ambassadors’ of 1533 are rich in symbolism which, to this day, is the subject of debate and interpretation.

This was a talk that Steve had clearly researched in great detail and was on a subject, Fine Art, which rarely features as a topic for the club’s speakers. As such, it was particularly appreciated by his audience. 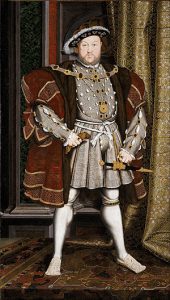 According to Winston Churchill, “Democracy is the worst form of government – except for all the others that have been tried.” This possibly cynical view may be attributed to the fact that, although having successfully led the nation through World War II, he had just been voted out of office in 1945. But this proved the fundamental advantage of a democratic system – democracy gives people the right to choose their rulers. However, there are threats to the system in our country, and these were examined by our speaker, club member Roger Truscott.

Starting his talk by looking at the changes that have taken place, and are continuing, in the spheres of UK politics and social attitudes (‘internal risks’), Roger expressed his view that many of these are leading to a breakdown in the democratic process. Our ‘first-past-the-post’ electoral system may result in relatively stable government but, by its very nature in which two major parties dominate parliament, the proportion of the electorate that does not support either of these parties feels under-represented and resentful. This leads to a growing alienation towards ‘central’ government and threatens the break-up of the UK itself, a process which has already started with the creation of separate governments and assemblies for Scotland, Wales and Northern Ireland. As for England, local authorities, having been stripped of many of their powers and responsibilities, resent the over-centralisation of government in Westminster which is seen to have resulted in the unfair concentration of wealth and influence in London and the Southeast.

Continuing his theme, Roger said that he believed other threats come from those people who reject the whole concept of our democracy. Fanatical adherents to religious and similar beliefs seem determined to further their causes, even though the overwhelming majority of the population is completely opposed to them. Of course, although many of these fanatics are native to the UK, many more are based abroad and hence, come under a second category of threats identified by Roger, namely, ‘external risks’. Included in these are the threats posed by hostile major powers: principally Russian antagonism to the West under Putin and the problems of NATO and European solidarity; and China’s challenge to the West under Xi Jinping within the Asia-Pacific region and in the wider world.

Unsurprisingly, at its conclusion, such a topical and serious talk generated a great number of questions and discussion from the audience. 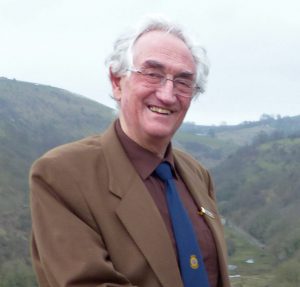 Are we alone in the universe? In all probability, since man first walked on the Earth, he has looked up into the night sky at the stars and wondered if there were other beings ‘out there’. Even now, after centuries of scientific development, we humans are no closer to a definitive answer, although we have sufficient knowledge of the size and nature of the universe to arrive at the reasonable conclusion that we are unlikely to be the only sentient life forms to have evolved.

In addressing the question of whether or not there may be life elsewhere, the speaker at this meeting, club member Paul Davies, discussed the evidence available to us. As he pointed out, claims for the existence of extra-terrestrials date back thousands of years but it has been only during the past couple of centuries, following major discoveries in astronomy, physics and mathematics, that making contact (either friendly or hostile) with such creatures has been thought a possibility. This has spawned the interest in ‘science fiction’ and UFOs (i.e. unidentified flying objects, many of which are hoaxes, some easily explained, and others that are inexplicable but reported by credible witnesses).

Paul then examined the factors to be considered when assessing the possibility of the existence of life in other parts of the cosmos and the feasibility of making contact. Firstly, there is the sheer scale of the universe. Not only is it spatially vast, but it is populated by billions of galaxies, each of which contains billions of stars. It is reasonable to assume that if only a tiny proportion of these stars are orbited by planets similar to those of our own solar system there must nevertheless be a significant total number of these exoplanets with the potential for life to evolve.

Next, there is the question of the level of evolution achieved by life on these planets and how this compares with our own. Contact between ‘intelligent’ alien life and ourselves would also need to take into account the time taken for any electromagnetic messages (travelling at the speed of light) to reach us. It could be that by the time the signal is received, one or both of the life forms could no longer exist.

This was an extremely interesting talk which the speaker concluded by stating his own conclusions that there is almost certainly life elsewhere in the universe and it is highly possible that there are intelligent life forms out there; but it is unlikely that we shall succeed in making contact. 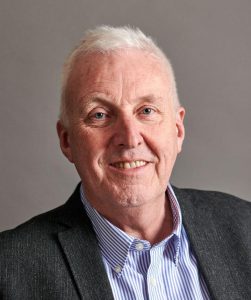